So here is my rant! 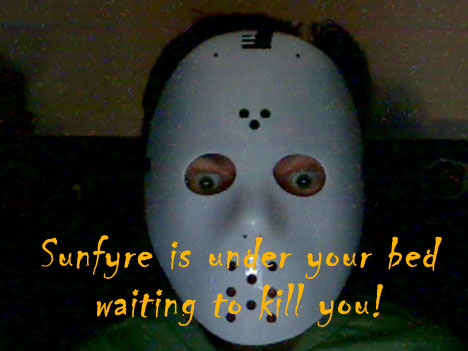 Hey, religious nutballs... you don't have to dress your kid up or go trick-or-treating, but don't spoil it for the vast majority that have adopted this pagan holiday and made it kind of fun! Seriously, you don't like the devil, fine, dress like a hobo, a nerd or an Angry Bird and score yourself some Snickers and Peanut Butter Cups. Still nothing? Stay home with your porch light off. Actually, we don't Trick anymore. The whole "trick-or-treat" thing was just a ploy to get some candies. Actual tricking is a lot of work, and we're pretty lazy.  You got Easter and Christmas away from the pagans, and Jesus wasn't even born in December. Leave Halloween alone please.

Hey, Pansy School Administrators... First, you banned toy guns; soldiers and police officers are no longer kids' costumes. Then you banned anything that generally resembled a weapon; Pirates, Jedi Knights, ogres and orcs, gone. Next came masks of any kind... wearwolves, devils, Power Rangers, and SpongeBob disappeared. Then you banned face painting; there go zombies, vampires and witches. Next, Angry Birds are going to be sent to the guidance counselor for therapy. By the way, you saved us from scary Halloween parties but you also eliminated every movie or television show produced in the past 15 years. Seriously, you're protecting our children? Good job.

Speaking of costume shops... $40 for kids costume they are going to wear once? Assholes. I'm the one looking like the douchebag when I try to convince my kids that we can make a homemade costume at a quarter the price. Not only are you bilking me out of cash (which I'm already short on because I bought full size candy bars so my neighbors think I'm richer than I am), but you're also stifling the creativity of children everywhere. When I was a kid I cut a hole in a big box... instant robot! Tinfoil and construction paper, I could make anything!

Lastly, overprotective irrational rumors-spreading nutcases (a.k.a. mothers)... you've been screwing with Halloween since I was a kid! Hypodermic needles in candy? Razor blades in apples? Arsenic in popcorn balls? Seriously? You believe that crap? Did you know that every emergency room visit in America is documented and there has never been, not a single one, an incident of tampering with candy on Halloween that caused an emergency room visit. Do the research, I did.

First, hospitals thought it would be a good PR to x-ray candy. Then, somebody pointed out that dousing her childrens' candy with radiation probably wasn't the best idea.

Today, its "trunk-or-treat". Churches and parenting groups get together and give candy so that innocent little children don't have to go door-to-door begging. By the way, you just taught a child that taking candy from a stranger in a car is safe. Idiots!

My son is going as a serial killer, and my daughter is an adorable pirate. We are going door-to-door to beg for candy from complete strangers! They're going to eat it, and I'm not going to even check it for needles. I'm even letting them eat those brownies from that old lady! I bet they're awesome. After my kids go to bed, I'm stealing all their peanut butter cups and blaming it on the dog!