A Trip to the Warehouse Club 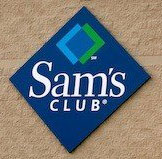 I mentioned on my Facebook page my trip to Sam's Club yesterday. Here are a few things I didn't expect to see.


On a more serious note, I got one fantastic deal! I use a label machine in my store. Staples charges $30 per tape. Sam's Club sells them for $30 per three pack. I bought two packs and saved enough money for my annual membership if I never use it again.

On the way there I filled up my gas tank. It wasn't empty and cost $102. Gas at Sam's Club was $.40 cheaper per gallon. If I lived closer, it would save me half my membership fee per fill up.

I also really like that they don't bag your merchandise. It is inconvenient, but I spent $300 and came home with no extra landfill. Between grocery stores and Wal-Mart, that probably would have been 20+ plastic bags. It won't replace grocery shopping, but it will reduce the waste my family creates. Even using canvas shopping bags, we inevitably end up with several plastic bags each week. Yes, I know you can recycle plastic bags, but let's face it, whether it's now or later, eventually they end up in a landfill for 1000 years.

A few things made me chuckle, but overall, I really like this style of shopping.