An Open Letter to the Penn State Board Of Trustees 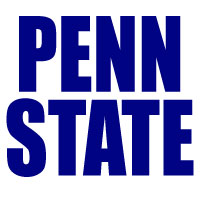 In light of the recent changes, including the dismissal of Coach Paterno and President Spanier, it's clear that the Trustees are moving forward and trying to create accountability. For this I applaud you. I urge you to continue cooperating with the investigators and determining what crimes have been committed.

Penn State is a great institution of higher learning. To that it owes much gratitude to its football program. The sports program has generated significant interest and revenue, and both are critical for a successful education program.

Unfortunately, I think the University needs to do more than simply removing people who made poor decisions.

My recommendation, although unprecedented, I believe would warm the hearts of the tens of thousands of students and alumni, as well as the thousands of faculty members and employees across the state. It's important to maintain an exceptional level of integrity within the educational structure. That begins with an exceptional gesture.

I would like to see Penn State offer free education, not only to victims of crime, but to every child who participated in the program at any point in the history of the program. Each of these children was at some level of risk, and each of the parents are going through some level of anguish today.

I recognize that the majority of the program participants are adults today. Therefore I also recommend that Penn State offer free education to their children as well.

Yes, this could reach into millions of dollars of scholarship value, but compared to the hundreds of millions generated during Coach Paterno's tenure, I think you would be an appropriate gesture.

Ultimately your institution is designed with education in mind, therefore I believe that education should be the gift given to those whom were placed at risk within the walls of your facilities.

The majority of the people involved in this scandal are good people, Coach Paterno included, who made bad decisions. It's up to the Board of Trustees not only to hold people accountable for bad decisions, but they have the opportunity to make good decisions on their behalf.

Granting significant scholarships would be a first step. I assume you are considering several options on a smaller scale. My belief is that donations to underprivileged kids, or settlements with victims and their families will appear more like publicity than true penitence.

The Trustees must exceed the public's expectation if they are to win back any trust and goodwill whatsoever.