Friday Funnies: Nothing Amuses Me Today

By Unknown Friday, January 13, 2012
Unfortunately, I've decided not to do my regular Friday Funnies post. Below you'll find nothing humorous; no jokes, no comics, no random rants about the ridiculousness of the world. 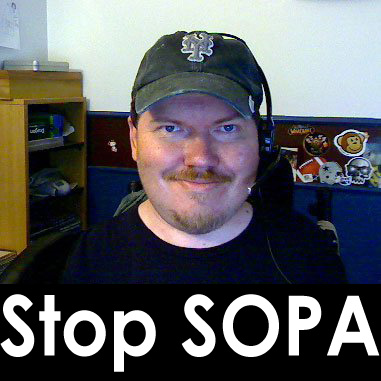 My brain is focused on something more serious. The Stop Online Piracy Act is a serious issue that will start affecting everyone who makes their living, as I do, on the Internet, as early as next week.

Already three major websites, Wikipedia, Reddit, and WordPress, have committed to shutting down in protest on January 18. Other websites are considering it.

Please read my post from yesterday about the legitimate potential effects of SOPA on many of the largest websites in the world.

According to many reports, informed Americans are 98% opposed to the bill. Unfortunately, the vast majority are uninformed and unaware.

The only way that members of Congress are going to respond is that individual voters tell them that no amount of money will replace your votes.

If this bill passes, I'm seriously considering running against incumbent Tom Marino in the 2014 primary. As a Republican I may not have the support or money to win, but I certainly have enough to disrupt his momentum. Normally I'd never consider running against an incumbent in my party, but both Tom Marino and Congressman Tim Holden are cosponsors from Pennsylvania.