I made an active decision long ago that I wouldn't be racist. That may sound strange.

Probably 98% of you would say the same thing. In fact, 98% of you probably are racist, just to a much lesser degree than people labeled as racist.

There are degrees of racism, and the most enlightened among us are the people who acknowledge our own pre-judgments and make an active choice to dismiss them.

Let's take a look at the most extreme examples of racism. 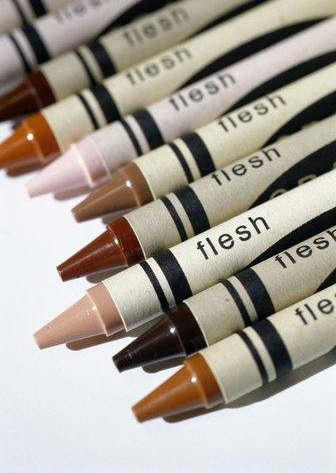 On the one extreme we have members of hate groups. Organized groups (such as the original Ku Klux Klan) that not only dislike members of other races, but make a significant effort to see that people of other races are put down or hampered in their efforts to live a normal life.

The worst of these extremists are genocidal. The attempted extermination of the Jewish people during the Nazi reign or the attempted genocide that occurred in Bosnia and in several places in Africa.

Ironically, most of the worst racism in history had little to do with what people identify as the critical racial marker, skin color. In Rwanda the shape of the nose was considered the racial marker between warring groups, yet many people from Europe would be incapable of telling the two groups apart visually. To most Americans it's difficult to distinguish between Israelis and Palestinians based on skin tone or features.

Many may say these aren't racial wars, there are wars between religious beliefs. But in fact, there were probably hundreds of thousands of Jews that hadn't been to synagogue in decades that were still murdered. Even back as far as feudal England, your heritage was more likely to get you killed than your belief in any particular higher power. Often certain religious denominations became attached to a group of people, or vice versa, but it wasn't a particular belief that would lead to your demise.

In America most of the racism follows skin color boundaries. European whites are different than Africans, who are different from the native Central Americans and North Americans. Most of the suppression isn't directly because of religion or skin color, it's more based on socioeconomic culture.

At one point in our history the division between socioeconomic groups was clear. There were those who owned slaves and those who were slaves. This is probably the most polar any group can be to another, when one of them considers the other as their possession. Slavery wasn't invented in America, but it certainly was perfected.

Since then we've come a long way. Unfortunately, it's been a slow journey. Society has gradually reduced racism in the mainstream. But we aren't finished yet.

President Obama is our first dark skinned president. I'm happy he has broken through that barrier, but it certainly doesn't mean racism is dead. It means that enough people in the country are willing to vote for a black man, who acts very much like upper-middle-class white people, to elect him. The President along with hundreds of thousands of other black men and women have successfully made the leap from socioeconomic suppression into the mainstream. However, there are lots of people of color that are strong leaders and highly intelligent, but still speak and act in a manner that more closely resembles a lower socioeconomic status, regardless of their actual level of wealth. These leaders are unlikely to get mass acceptance.

We haven't eliminated racism by electing a black person, but it is a significant step forward. My children will be voting for the first time in 2020. Hopefully, skintone of our national leaders will more closely resemble the demographics of this country. When that happens, the checkboxes for race on census forms will be completely irrelevant. I don't expect that much progress in the next eight years, however, what I do know is that an intelligent man or woman who is passionate and dedicated will be elected president, and the color of their skin will be far less important.

So, with all this progress, why do I still believe that 98% of Americans are racist? And, why is it that I believe I'm among the 2%?

It's late... I'm tired... and you have a few things to ponder so we will continue this discussion again soon. Meanwhile, share your thoughts in the comments section below.