9/11 Conspiracy Theories Are Wrong... and Insulting

Yes, there are anomalies and unexplained points, however this is a once-in-a-lifetime occurrence. By definition it's an anomaly. The only reason why 9/11 conspiracy have more credibility is because they are more pervasive, thanks to the ease of information access on the Internet.

9/11/2012 -- UPDATE: I thought it best that I share an example. Here is the image that stirred my thoughts this morning. And further down is another example that readers will claim as "proof" of conspiracy, while it's nothing more than conjecture. Even if it's true, it's far from evidence. 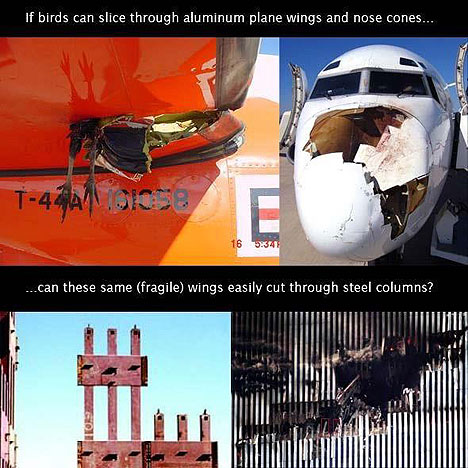 My response: "Fuel! Learn basic physics. Dump a gallon of water off a two story house, you get wet. drop a gallon jug off the house and it can kill someone. It's about density and speed. Look at the craters caused by a plane crash. They can be a mile long." 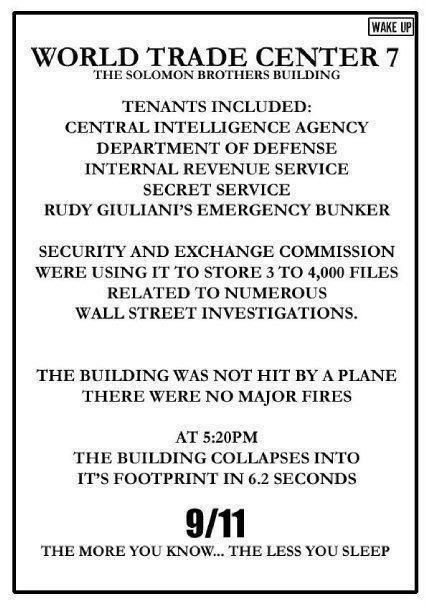