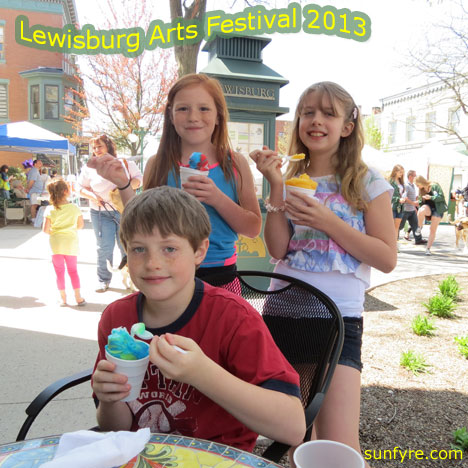 The last Saturday in April is the annual street fair during the week long Lewisburg Arts Festival.  This year, unlike the past few, the weather was perfect, 72F and sunny.  Italian Ice and a large pepperoni pie were the favorite fare for the Tweeds and our tagalong, Red Shoemaker. 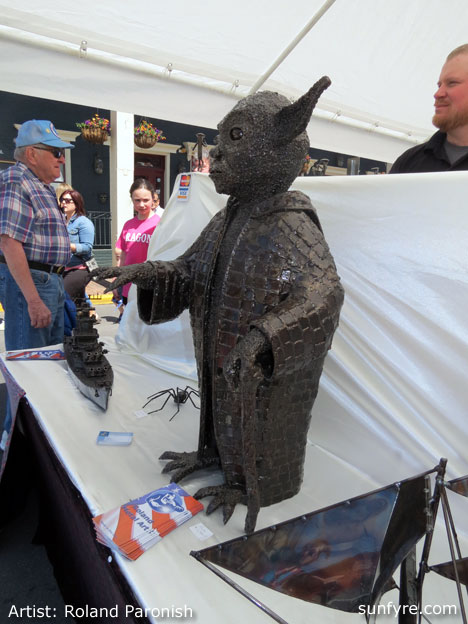 Metal artist, Roland Paronish, makes kitschy little people out of old railroad spikes. I've seen several craftsmen who make little dudes out of nails, paper clips, etc. The little sculptures pay the bills, but he also had some unique and impressive pieces. My favorite was a sailing schooner (you can see it in the bottom right of the picture) and his showcase piece was a lifesize metal Yoda. (Which you can own for about $3K.) You can see the railroad spike people on his website, Roland Metal Art. 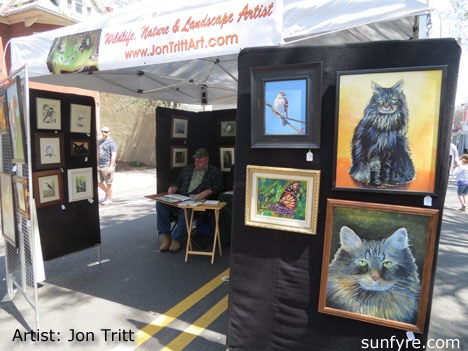 Jon Tritt had tons of animal and nature paintings. Some were quite good. These aren't my style, but he has talent. Some of my veterinarian web design clients may be interested in seeing his work. You can check him out at Jon Tritt Art. 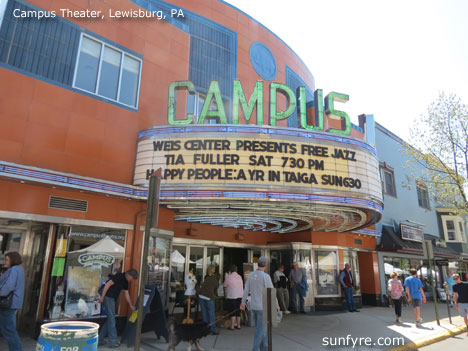 Not part of the show, but I had to snap a picture of the old Campus Theatre. The traditional theatre from the pre-television age still shows current movies every week, and at about $2 less than the cineplex. I wish more downtowns had these theatres. They are rare, and even more-so when still operating. 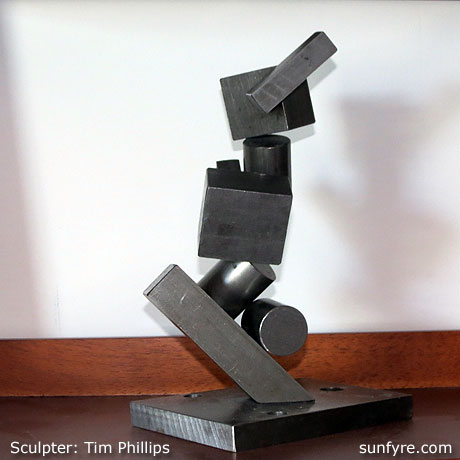 I only made one purchase. It's from another metal artist, but this sculptor is definitely a real artist. His pieces are welded or cut with a torch. He combines heavy metals with lighthearted motifs. He had a smiling elephant and 16 inch metal daisies. He also had a few large pieces of industrial grade furniture. They would have looked great in an old factory loft apartment. This piece I bought for my office. It's made of huge solid chunks of steel (this little guy probably weighs 40 pounds) but it's welded together to look as though the pieces are just collapsing in space. It's deceivingly light. People touch it, and it's sheer mass is surprising. 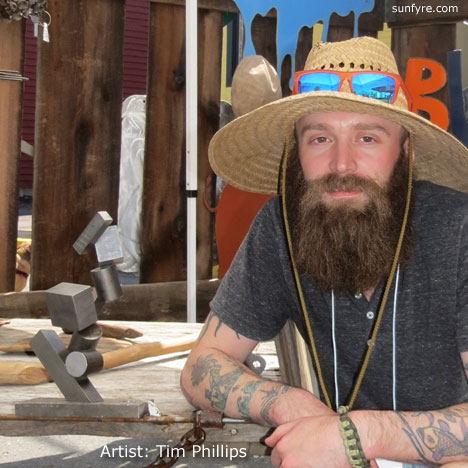 I couldn't resist asking Phillips to pose with the piece.

All in all, we had a great time at one of the area's better street fairs.