When I was a kid Halloween was awesome. We dressed up as witches and devils, cops and soldiers, robots and fairy princesses (it was just once, and I was adorable).

Now they've ruined Halloween. You may remember, two years ago when I went off on a rant about the downfall of Halloween. If you missed it...

Well here are some of the worst offenders on my list of unnecessarily sexy Halloween costumes:

Nothing says sexy like killing zombies with a headshot. So, Walking Dead fans certainly know that Sheriff Rick Grimes will take good care of the rest of us. I don't recall the Sheriff using a machete, nor did he sport a mini skirt. Frankly, I don't think he has the legs for it. But, if decapitation is your thing, this is the sexiest beheader you'll meet. 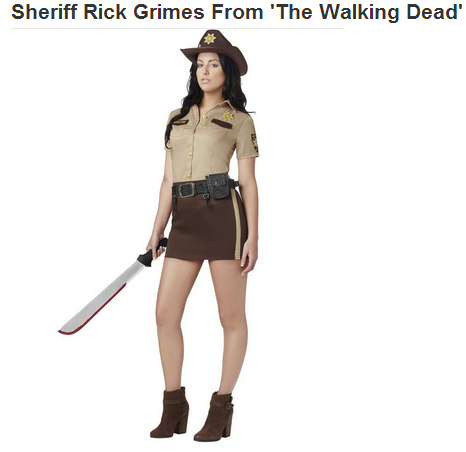 Guy Fawkes has nothing on this hottie. The point of V was to remain anonymous. First, her face is showing. Second, pretty much everything else is showing as well. I hope no one recognizes her cleavage. 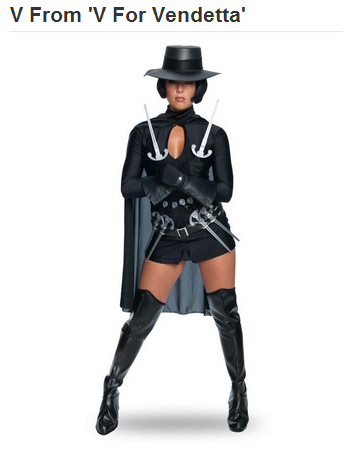 According to the website, this is supposed to be Harry Potter. First of all, she's got more Hermione Granger going on... and as much as I appreciate the school girl outfit with a strategically short necktie, there's one thing that bothers me. I was an adult before the first Harry Potter movie arrived. To me, Hermione was the cute little girl with a big attitude and bigger brain. Granted, she grew up into a very beautiful young woman, but "sexy Hermione" makes me feel a little like a pedophile. Granted, I don't find Drew Barrymore or Alyssa Milano hot either because all I can see is the ET kid and Who's The Boss. 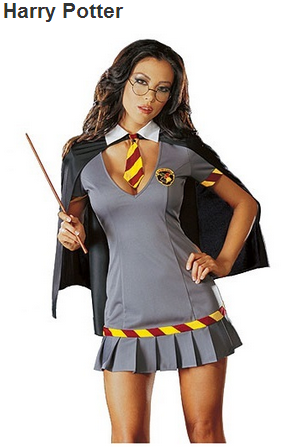 Natalie Portman was pretty sexy when her Star Wars flight suit costume was torn strategically, but I don't get the same sensation from Fredrika Krueger! Now, every guy needs a dream girl, but I don't think any of us are hoping we run into this in our dreams. The good news is, if she swaps dresses she can be Edwina Scissorhands next Halloween. 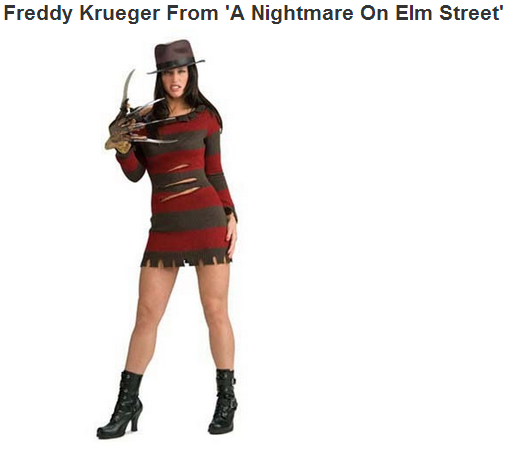