There are few Moderate House Republicans.

By Unknown Monday, October 07, 2013
An excerpt from a Washington Post article: 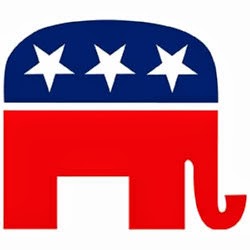 "They may sometimes be silent and fearful of stirring conservative ire, but more than 100 members of the House GOP are much more centrist than you’d imagine. These are the members from purple and light-red districts, who rarely go on television and, unlike their more unruly colleagues, stick with the leadership. They are critical to sustaining Boehner's power, and, should the GOP find a way to extend the debt limit and once again fund the government, they’ll deserve credit.

Two dozen of these Republicans — including Reps. Charlie Dent (Pa.) and Peter King (N.Y.) — have pressed Boehner to quickly end the shutdown and assure them that the government wouldn't default. They’re rattled by the House GOP’s rightward drift, and they’re tired of Cruz and his House compatriots embracing a standoff that has no end in sight. Dent is working with House Democrats to pass legislation that would reopen the government and repeal the medical-device tax, a plan with bipartisan support. King, perhaps the most prominent in the centrist caucus, tells me he expects most Republicans to eventually come his way.

Ultimately, a large group of rank-and-file Republicans wants the mess to end. They may not have the moxie to outmaneuver House conservatives, but they certainly have the numbers."