I Know White When I Hear It

By Unknown Monday, November 04, 2013
I get calls for a real estate office about once a week. Their number is similar to ours. I usually tell people "You misdialed, try again." and most of the time this works.

Today, I got a call from a woman who was pretty convinced she hadn't misdialed. I told her I didn't know the number and was sorry. She called back again, being busy, I sent it to voicemail.

The voicemail I received was 9:48 long. The first 30 seconds was her leaving a message. The next nine minutes was her arguing with what I'm assuming is her husband. 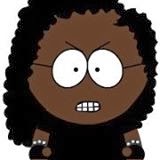 I won't go into extreme detail, but here was the gist...

"I know white when I hear it."

--"Oh yeah, what does white sound like? Do I sound white?"

"I just wanted to see the house and he acted like he didn't want me to see it."

--"Could it be because you had the wrong number?"

"If I called the wrong number, how could I have done it twice?"

--"Let me see that. I can barely read this. You probably just wrote it down wrong."

"That's what he tried to tell me. Now you definitely sound white."

"You better give up. Do you think that white man is going to call me back? Hell no."


Actually, I probably would call her back, but she didn't leave a number. She also clearly hadn't mastered her cell phone because her line remained open  for the next nine minutes or so, as the conversation continued with less ranting about the "white man" but an equal amount of ranting implying her husband's stupidity.

This made me really sad. At first I was chuckling because she her tone was so stereotypical but then I realized that it was genuine as well.

This woman, right or wrong, saw me as oppressive. This isn't because someone told her that "white men" don't want her to buy a house. Clearly she had personal experience with oppression.

Some people say that minorities are now equal, and speak of reverse racism. This is an illustration of why that argument is moot. Yes, some people of color dislike "whites" without justification but this comes from a personal experience rather than inherited racism that comes from a superiority complex.

True racism is more than disdain for another race. True racism is oppression based on race. The sadness is that true racism doesn't need racists to survive. I'm not someone who makes oppressive decisions based on race, but because I'm white I was viewed as part of the problem.

Was she wrong? No. Obviously her experience is that white people don't want blacks to have the same opportunities for housing. Like it or not, I reinforced this belief unintentionally.

Racism won't be dead until every person in America can live for one generation without any personal experience. We are getting closer, but have a long way to go.

My brother grew up as the only black kid in a small white town. His father was a pastor. (He was adopted at age 5 into my white family.) He never really experienced racism. I'm sure some people had negative opinions because he was black, but they kept them to themselves and never oppressed him. If anything, he was given extra slack because he was the minister's kid.

When he was a teenager he moved to a more diverse region. He had some trouble adjusting because he spoke differently than many of the kids. (They spoke "urban". The reality is that this group was a mix of black, white and Hispanic kids however because he was black it was assumed that he would act/speak like them.) But again, this wasn't true oppression. It was more a matter of people with different cultures colliding. The suburban kids and the urban kids weren't necessarily a hierarchy as much as just culturally different.

As a young adult, he began dating a girl from the 'burbs. Not until then had he ever experienced true oppression. Her father, who had been one of the racists who managed to keep his mouth shut, changed his tune when his daughter started dating my brother. He made it very clear that my brother was not up to his standards and inferior.

Not ironically, my brother was intellectually equal to his girlfriend. They lived in comparable neighborhoods. They both attended similar churches and were rooted in their faith. Economically, while both middle class, my brother dressed a bit more stylish. Her father presumed that his ability to buy new clothes indicated he had illegal means of getting money.

The fact is, they were both "B-C" students who struggled in high school and became blue collar level wage earners.

My brother dressed nice because his dad and my mom both earned a good living and gave him an allowance which he chose to spend on clothes. This with the fact that his older brother couldn't give him hand-me-downs because he's 19 years my junior and 100 pounds heavier.  (I'm scrawny and he played football.)

My brother loved her and she loved him. Later they had a child together. She and my brother were engaged, but he wouldn't get married without her father's blessing.

I've seen firsthand how the racism of this one person, this one experience, has tainted the way my brother sees the world.

In the past, if someone treated my brother badly, he would write it off as the individual being a jerk rather than racist. Now, he sees things through glasses colored by experience.

In a sense he is more aware of real racism, but he's also more likely to jump to conclusion as well.

True racism can never be over until these experiences, first hand experiences, of oppression are no longer part of our daily lives.

Unfortunately, we are a long ways away.

Young black men are better off than they were in the days of Martin Luther King, Jr. But racism is far from dead.

Women of any color still earn less money for equal work and skill.

Our legislature still isn't a snapshot of the diversity of America.

Marriage rules are still influenced by gender rather than the love two people have for each other.

Dressing in accordance with your faith still draws ire from others.

We are far from complete. We are not yet the "Land of the Free" although we are making progress.

If you aren't a white Protestant male, you still experience some oppression and will for a long time.

There is good news. I still believe America to be the best place in the world because, in America, elimination of racism and creedism, sexism and genderism is at least within our view. In most other lands it's little more than a dream.