On Death and Dying

By Unknown Friday, November 08, 2013
More from the archives: 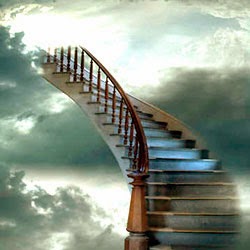 The first funeral in seven years for me was two days ago. It seems like everyone has some kind of philosophy on funerals, and most of the time is seems like they are making it up as they go along; but they want everyone to think they've been contemplating these deep-seeded beliefs for years.

Death is probably the only subject written about more than sex, though I'm sure it's a close race. The main difference being that very few people write about sex without first hand experience, yet almost no one writes about death from first hand.

I wonder if all the souls in heaven, or wherever, laugh when they read our philosophies on death and dying. They are saying "Those crazy mortals, they actually think they know what they are talking about. They talk about dying as if they've actually done it. They sound like, well, like I sounded when I was alive."

There's probably some soul laughing at me right now, or weeping.